I joined Imagine Trust as part of my school activity which wanted its students to engage in Community service. I am so glad to have chosen Imagine trust which has been really generous to me.

I was given a task of recording a book for the visually impaired. It was something new and different to do than what the rest of the class was doing.

It was my first time doing a noble endevour like this and I as usual tend to delay and postpone my work. Thus after a bit slow start I got the spirit and I finished recording the entire book. On completion a sense of joy and satisfaction came over me which made me feel good about myself.
I was happy to have done this. The ‘Monk who sold his Ferrari’ by Robin Sharma is one such great books that inspires you. I am happy that lakhs of visually impaired persons will listen to this book through my voice.

I would like to thank Imagine Trust for letting me do this work which stands as a wonderful experience.

Editor’s Note: Chandrakanta is a kind person who feels for others. She is a student of standard 11 and has recorded a book under the Imagine Talking Books Project.
If you desire to be the voice to the lakhs of visually impaired, write to us at theimaginetrust@gmail.com. We will enable you to record a book for the visually impaired.
Posted by The Imagine Trust at 10:23 2 comments:

Visit to Old Age Home at Prashant Nivas: A beautiful day made memorable!

Well, it turned out to be a beautiful day from a disastrous previous night for me. All praise to Imagine. Yes, I joined my hand with some good intention in order to become useful for the society in some way. Old Age Home was the initiative in front of me.

I was  glad that first time I was getting this kind of opportunity that would give me something to be proud of myself, but I knew that somewhere in the corner of my heart, it was a sad feeling that was encroaching me to think to see grey-haired people, being left out in shelters. Some children bring them to old age homes and leave them here, promising to come for them later. But once someone gets in, there is no leaving. 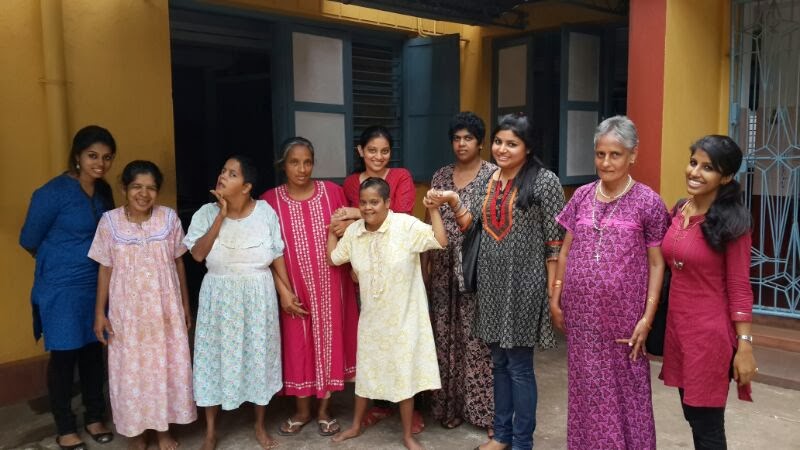 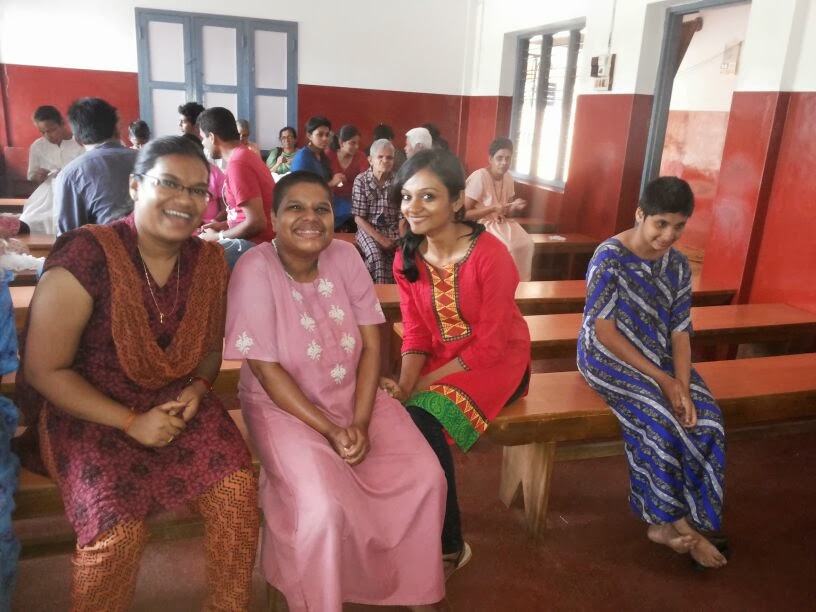 When I entered the premises, I saw a grim expression, may be an expression of loneliness, expression of being left out! These people must have once upon a time sacrificed their sleep for their children; must have nurtured them with care; must have provided their family with every necessity within their reach, and now when they are weak, feeble and old; they are left on their own.

I was feeling good when I made them smile, interacted and was lucky enough to be loved and got blessed by them. But that feeling got mixed with some gloomy emotions when I saw a young girl telling me "I don't have anyone" & Winola, my friend asked her not to cry.

When I felt their hands on mine, it felt like a different world to me. It was heavenly. Some got left out by age factor & some because of their illness such as being mentally challenged. Who knows whether they suffered this in the later run after being in solitary state. There was this Urdu speaker, Shahina, she loved me as her own son. There was a Keralite women, who sang innumerous songs for me, may be she was trying to get the feeling of her lost times. The advantage & knack over other volunteers was my ability to speak & understand multiple language. 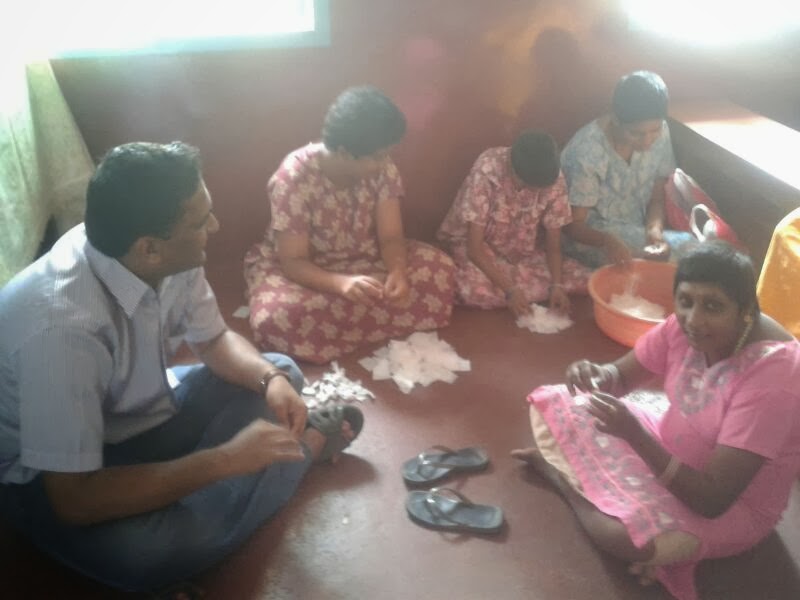 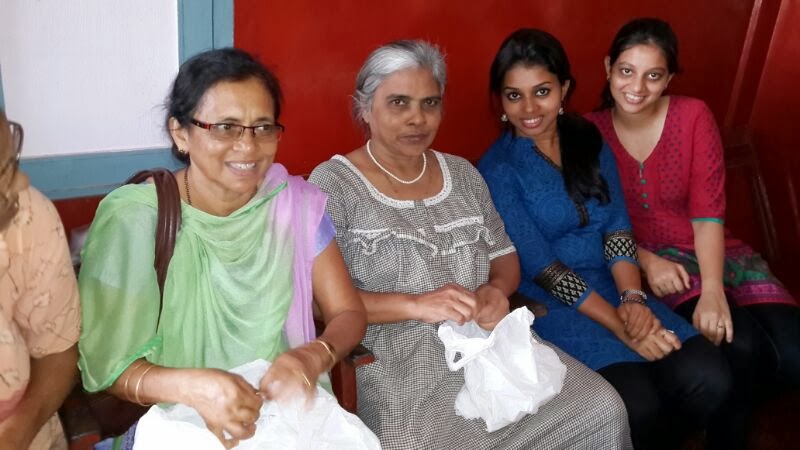 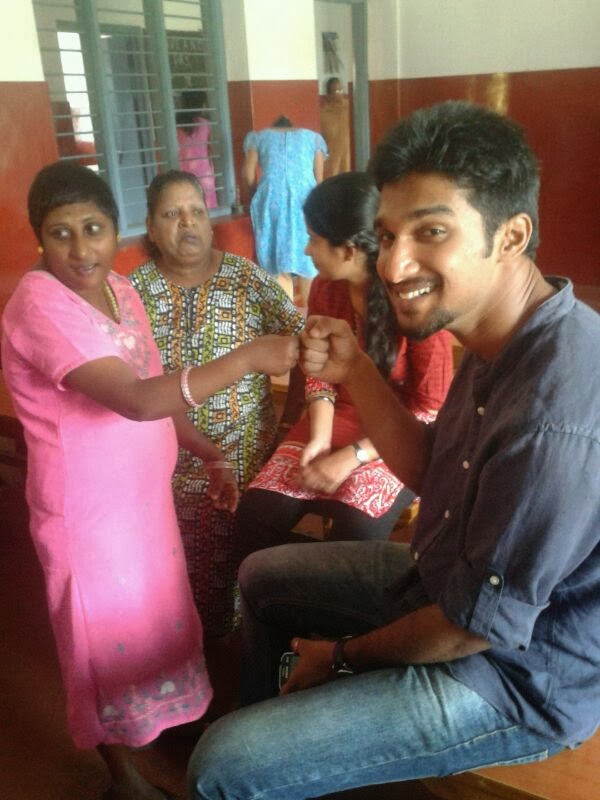 Life is a circle, many seem to forget that. Initially we needed them, but now they needed us. It's just that, roles get switched. 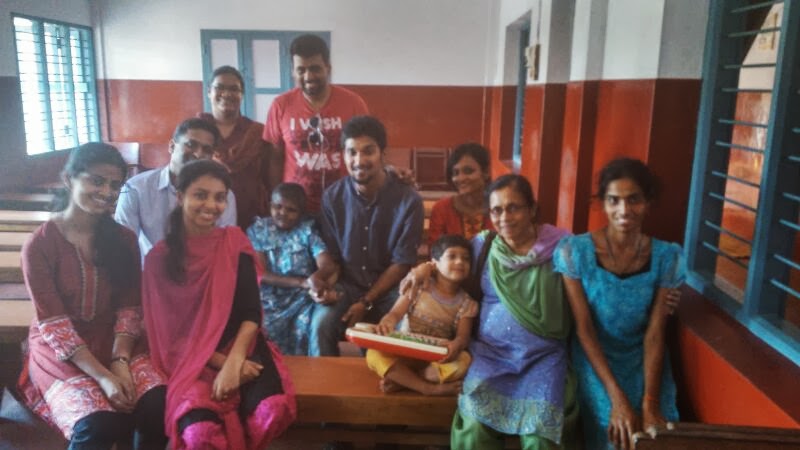 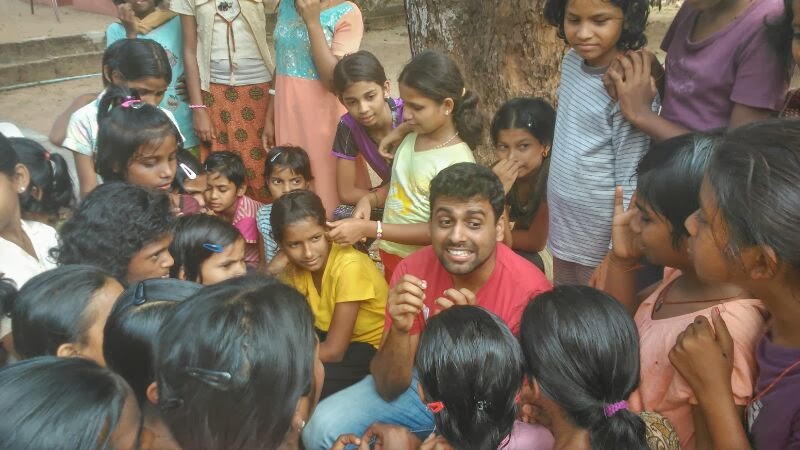 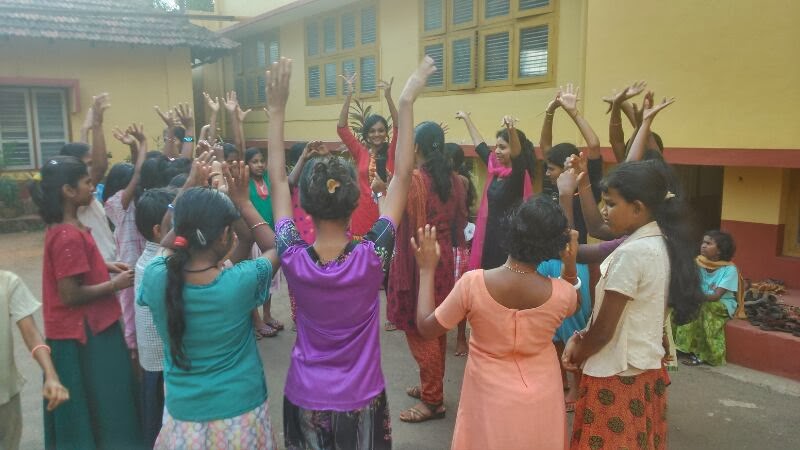 Mangalore: Children from 27 rural government schools deliberated on various career opportunities ahead of them under the Imagine Inspire project. Series of Career Guidance, Motivation Talks and interactive sessions were organized by a Bangalore-based NGO The Imagine Trust in collaboration with the Department of Public Instructions and the Department of Women and Child Development.

“The guidance and coaching that our 10 standard students receive during these programmes truly helps them develop positive thinking. It also motivates them to strive for success, said Sudhakara, Block Education Officer (BEO), Mangalore South, who was instrumental in organizing the program by bringing together the school heads of these 27 government schools under this project.

“Over 1600 students were covered under this novel project where the focus was to enable them make the most suitable career option of their choice. The aim was to inspire them to face life head on despite economic and social problems,” said Nitin Kumar the co-ordinator of the Imagine Inspire Project.

Apart from placing before students the gamut of career options available in the market, an effort was made to address their common fears and inhibitions. Sessions on How to prepare for examinations, stress management, overcoming failure were conducted along with experience sharing from several professionals from various fields, Nitin added. 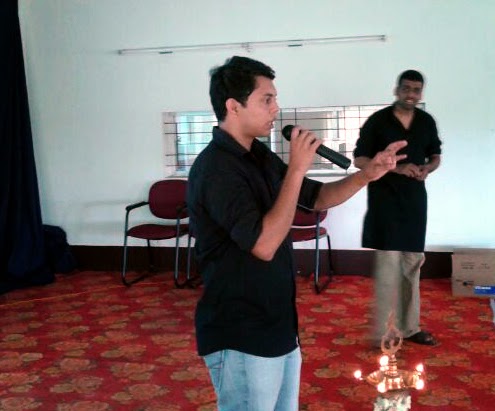 The uniqueness of this program is that children get to interact with several professionals who fought various obstacles to enter the career stream of their choice. The event was co-ordinated by Imagine volunteers Sachin Kamath, Jeethy Dsouza, Raviraj Belma & Nitin Kumar. 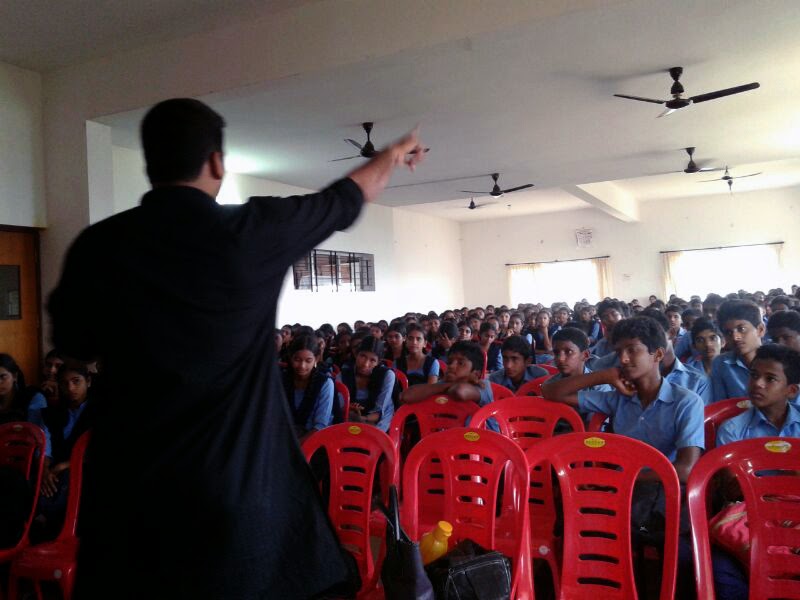 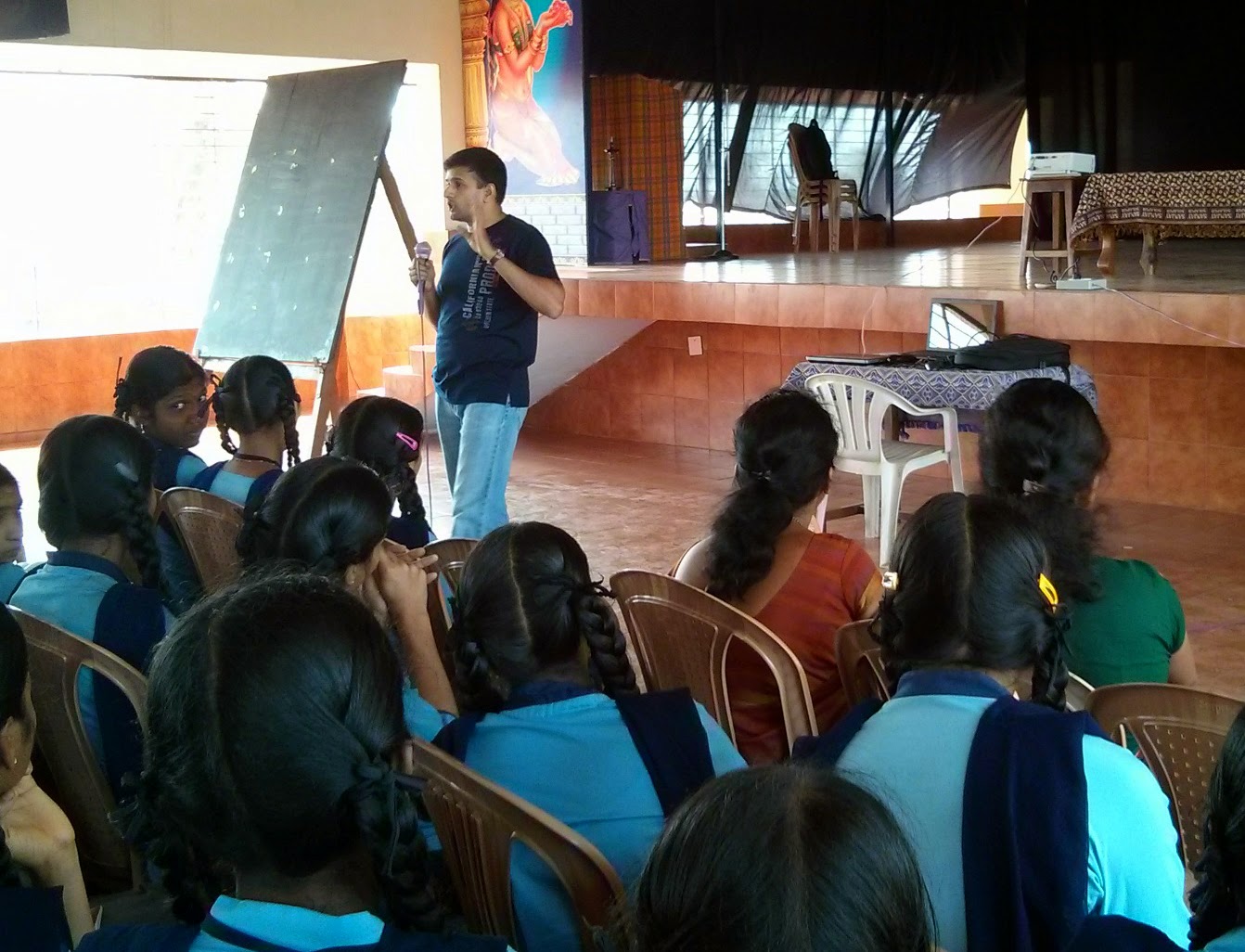 The Imagine Trust is a Bangalore-based non-profit organization which works with school children and with visually impaired in Karnataka. Started by a group of like-minded professionals today has Imagine Inspire Project, Imagine Talking Books Project, Imagine Reach Out Club (ROC) and Imagine Green Projects running in Mangalore & Bangalore.
For more information visit www.theimaginetrust.com.
Also like us on Facebook https://www.facebook.com/theimaginetrust

Posted by The Imagine Trust at 12:27 No comments: